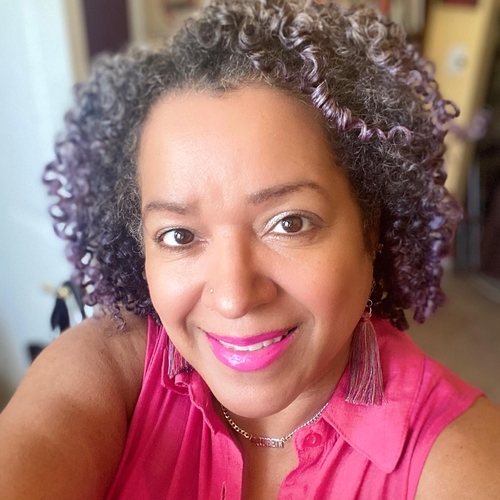 Dr. Rios has a number of passions but one thing is certain, she has always been an advocate for a healthy local church and a supporter of the people who lead in it. Dr. Rios is known nationally for her work in church planting, faith-based holistic ministry, women's leadership advocacy as well as her writing.

She began her journey at the age of 10 at the AG Primitive Christian Church on the Lower East Side of Manhattan. She served in a variety of roles while there including Youth Minister with her husband for ten years. During that time they were able to build the youth from five to over 100+. They hosted City-Wide conferences for youth leaders/pastors and their youth to train them in cutting-edge, before their time strategies to minister to youth and received mayoral commendations for their work.

As an Assistant Professor of Christian Education and Executive Director of Advancement at Nyack College, Dr. Rios started the Urban Ministry Conferences in New York City that drew hundreds of people to learn more about being effective urban missiologists, practitioners and pastors.

Eventually Dr. Rios and husband Hiram went to work for the Latino Pastoral Action Center founded by Rev. Dr. Raymond Rivera, where they established the Flava Concerts that exposed youth to Christian rap artists and musicians before it was seen as acceptable by most traditional churches. In addition, Dr. Rios started the Center for Emerging Female Leadership in NYC that would gather women who were or aspired to be in leadership roles and the men that supported them from around the Tri-state area in NYC gathering as many as 800 women. At the time, (1996-2001) it was the largest, most diverse, inter-faith  gathering of women leaders in NYC. It was also during her time with the Latino Pastor Action Center that Dr. Rios headed the largest faith-based mental health counseling project through funding from the NYC Dept of Mental Health to help New Yorkers heal from the 9/11 acts on the city through the House of Healing with hubs in all five boroughs led by trained crisis counselors in key churches.

In April 2008, Dr. Liz was asked to serve and continues to serve as Consulting Editor for Outreach Magazine, a national magazine for church leaders, pastors and planters. She was also featured on the cover of the Nov/Dec 2007 issue as a leading Hispanic in America for her work with women and church planting.

To contribute to Latinx Pentecostal history, she researched and wrote a chapter for Latino Religions and Civic Activism called "The Women are Warriors" highlighting the many achievements of Latina Pentecostal women in the NYC social activist world. The chapter was reprinted in Azusa Street and Beyond 100 Years of Commentary on the Global/Pentecostal Charismatic Movement which was highlighted at the Azusa Street Centennial.

Dr. Rios has also been a contributor for CALLED, a magazine for women in leadership. From 2005-2013 she informed and inspired women nationally as a regular columnist and Contributing Editor for PRISM magazine and from 2013-2015 served as a member of Evangelicals for Social Action Advisory Board (the publisher of the magazine).

She helped Lisa Sharon Harper start the Freedom Road Institute for Leadership and Justice as its first Institute Director and currently still serves as a Senior Consultant for Freedom Road, LLC which coaches, consults, trains and designs experiences to help groups in multiple sectors do justice in just ways. In May 2019, Dr. Rios was honored to accept the invitation to serve  on the Send Institute's Missiologists Council (now the Church Multipulication Institute) which is a think tank for evangelism and church planting. The council is composed of thought-leaders and practitioners committed to expand evangelism and church planting in North America. One recent product of the council's work was the Church Planting Manifesto. Her work and experiences with networks and research in the area of church planting led her to start her own network Passion2Plant to encourage and support Black/Brown church planters committed to planting Amos 5 type churches in urban communities. She is also an Adjunct Faculty member at Fuller Theological Seminary.

Dr. Rios has been in ministry for over 30 years serving in a variety of roles including pastor (Executive Pastor and Co-Pastor). Dr. Rios also serves on the National Latino Evangelical Coalition which is a national network of Hispanic evangelical congregations, leaders, and not-for-profits committed to Gospel-centered transformation in the work of justice and mercy.  ​She is an Executive team member of the Latino Leadership Circle and the Founder of the The Passion Center a phygital faith community dedicated to educating people who have a passion for Jesus, justice, advocacy and change. She's worked most of her life in nonprofits and in higher education.  She has also been an entrepreneur and has consulted schools, faith-based organizations, small businesses and non-profits since 1996. Her articles written for the Latino small business in mind can be found at the Latin Business Today site.

Her educational background consists of a Bachelor of Arts in Liberal Arts, a Master of Arts in Management with an emphasis in Nonprofit Management from the Regent University School of Business and an earned Doctorate in Education in Organizational Leadership/Adult Education from Nova Southeastern University. She has also done Post- graduate work at Fordham University School of Religion, Indiana University Center of Philanthropy and the Blanton Peale Graduate Institute for Pastoral Counseling. In December 2019, she graduated with a Doctor of Ministry degree from Southeastern University. Her doctoral project focused on developing civically engaged and justice oriented churches from a Hispanic Pentecostal perspective and was aimed at advocating for an update to current church planter training programs especially for planters planning on going into urban communities. An article in 2018 in Christianity Today was published on the premise of her dissertation.

As an Afro-Boricua from NYC she considers herself to be a writer/activist and advocate for women in ministry, faith-based civic activism, and biblical justice.  In addition to what has already been mentioned, Dr. Liz research interests include the churchlessness epidemic, the micro-church movement, church planting in urban areas and justice initiatives implemented in schools and churches. Dr. Liz is also passionate about speaking and writing on women in ministry, healthy leadership,  and organizational health/culture to name a few.    As a writer, her articles have appeared in print or online at the following magazine sites Sojourners, Influence, Called, and Christianity Today as well as online sites like Pentecostals and Charismatics for Peace and Justice.

Dr. Rios loves staying involved in her community and loves supporting organizations who work to make South Florida better. Her work has been celebrated and honored over the years. Dr. Rios is mentioned in the Encyclopedia of Women and Religion in North America, Volume 1 (2006) and in Latinas in the United States: A Historical Encyclopedia (2006). She was also named one of twelve Hispanic Women of Distinction in August 2014 for her work in the South Florida community. Dr. Rios is also a proud Charter member of the South Broward Alumnae Chapter of Delta Sigma Theta Sorority, Inc. and served as the Chapter Journalist.

​Dr. Rios has two children, Samuel Rios, a Southeastern University graduate and Daniel, her special needs angel now in heaven since 9/22/22. She's been married to the love of her life and greatest supporter, Rev. Hiram Rios for 32 years.